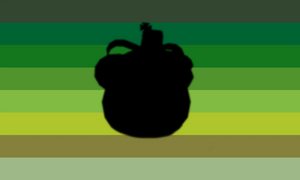 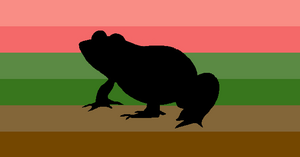 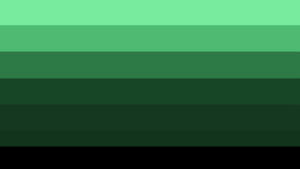 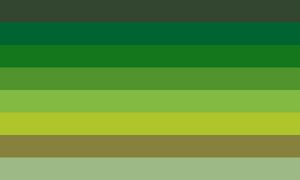 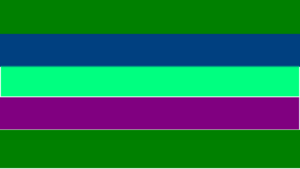 Froggender, sometimes called froggigender or phroggigender, is a xenogender in which someone feels a strong connection to frogs, either strongly identifying with them, strongly enthusiastic about them, or simply wanting to incorporate them into their gender to better understand their identity.

It was made with neurodivergent individuals in mind, specifically autistic individuals, as well as people who may experience delusions relating to being a frog and/or people who experience species-regression, however, anyone can identify as froggender. It may also be a kingender for frogkin or related kintypes. 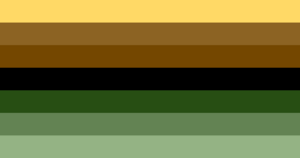 The froggender flag was coined by user Enby-Pal, 26th of September, 2020.

Retrieved from "https://www.lgbtqia.wiki/w/index.php?title=Froggender&oldid=191738"
Categories:
Cookies help us deliver our services. By using our services, you agree to our use of cookies.